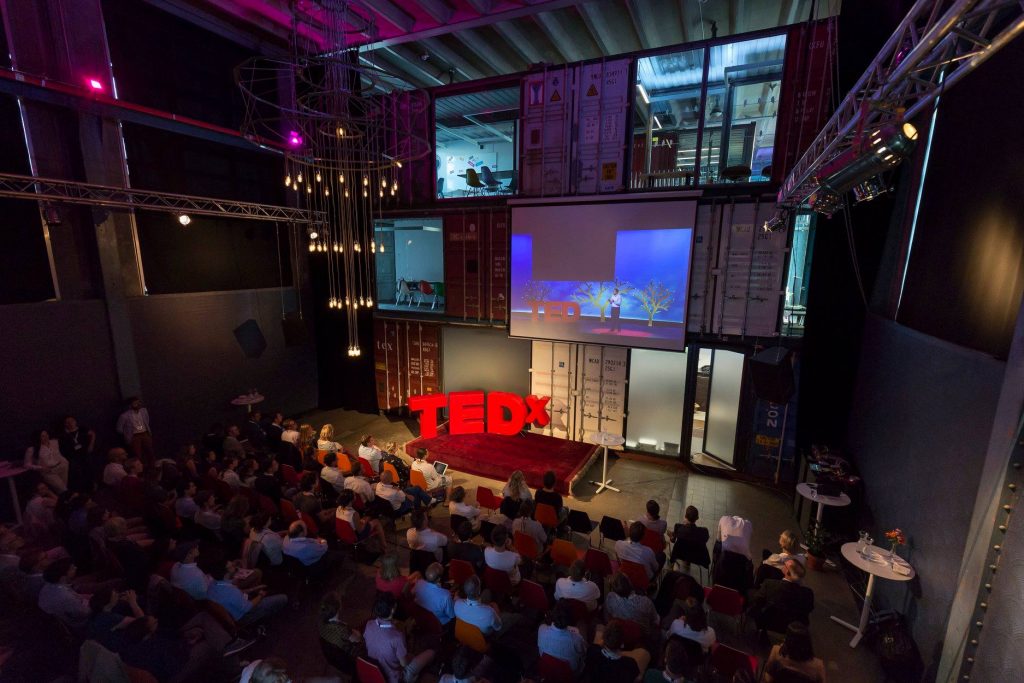 TEDxZurich Salon – What Moves Us

At the TEDxZurichSalon “What Moves Us”, the community came together to ponder future forms of mobility and how they might impact society. With a screening from Wanis Kabbaj’s talk “What a driverless world could look like” and live talks by speakers Remo Gerber on electric air taxis and Olaf Swantee on the 5G network.

The immediate future of transport is not hard to imagine – electric vehicles are by no means a rarity anymore, and driverless cars are in the news, if not on the streets, at least once a week. But are these merely minor improvements on a broken system? Wanis Kabbaj’s analogy of cities as human beings, roads as their arteries and traffic jams as clogged arteries rings true to anyone who has tried to get through Zurich at 5pm or through the Gotthard tunnel on a long weekend.

Both air travel and 5G have their role to play when we imagine the future of mobility. Air travel could alleviate the pressure on roads and provide a more direct connection, undeterred by mountains, rivers, lakes or fields, without needing infrastructure to cut through these. And 5G will make driverless cars a reality, enabling faster interaction between the vehicles, making it a safer option. Both will bring us a step closer to the system that Wanis Kabbaj envisioned, where traffic flows like the blood cells in our veins, not controlled and limited by traffic lights, lanes or speed limits, and using all dimensions.

Of course, air travel and driverless vehicles won’t become palatable to the majority until a similar level of safety can be guaranteed as what exists with current modes of transport. But taking that as a given, the biggest challenge seems to be regulation, as both Gerber and Swantee acknowledged. Regulations that do not support innovation, let alone the use of existing infrastructure to its full potential because Switzerland errs on the side of caution and some of its regulations are ten times stricter than recommendations by the WHO.

And so it may be hard to imagine what future societies will look like or what impact future forms of mobility will have on them. Perhaps those questions are better left to sci-fi novels or shows. But it is clear what impact it has on our current society. Because there’s no time like the present for thinking about the future. Keeping an open mind and supporting innovation now means that we get to have a say in what future modes of transport will look like. We get to have a say in how sustainable, clean, affordable, accessible and quiet they should be. We get to have a say in what happens to data that is shared between driverless cars and how we want it to be protected.

Changing legislation and supporting innovation should be a priority for us, now. Not for fear of dragging behind in an industry where we could be leading. Not because anything must be better than what we have now. But so that with confidence, having weighed our options, deliberated, discussed, considered and decided that this is what we want to do, we can step forward into the future of mobility.

Do you want to be a part of the conversation? Sign up to our email list and join us at the next TEDxZurichSalon.