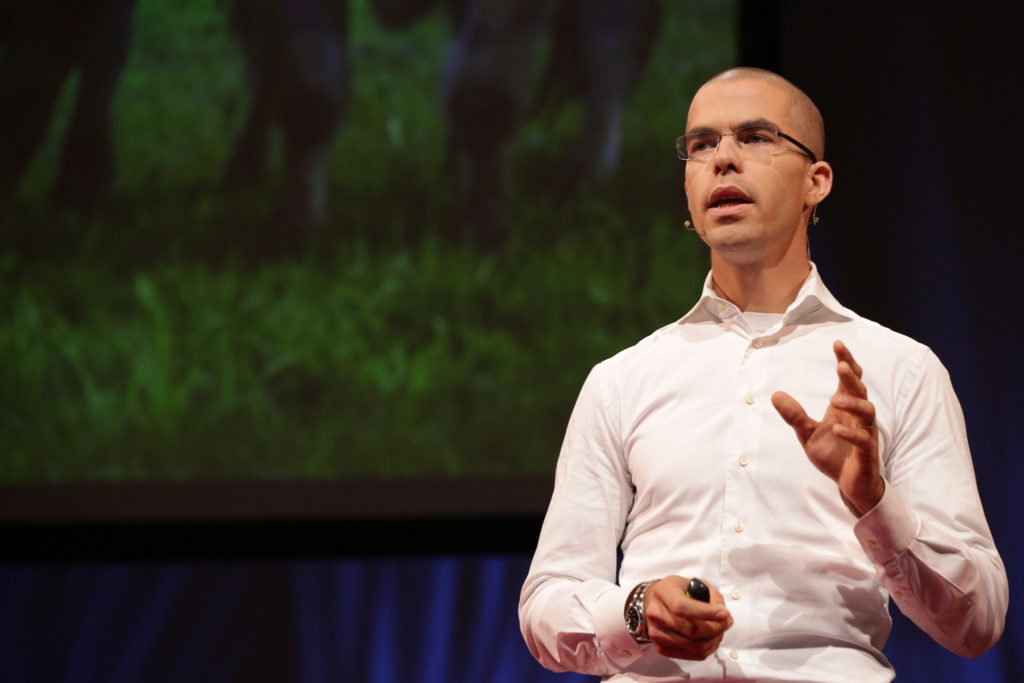 Can this bullsh*t still save the world?

In this series, we catch up with speakers of TEDxZurich from the last few years. We check in with them and their projects and find out how far their idea spread beyond TEDxZurich. Here, we spoke with Thomas Rippel, who held a talk in 2014 about – there’s no way around it – bullsh*t. Literally. Cow manure. He told us about the environmental impact of what is essentially considered a by-product and how with the help of an ancient recipe and some biochar, manure could be transformed into a sustainable, clean fertilizer that would also bind a sh*t ton (pardon the pun) of carbon into the ground, thus also tackling the issue of climate change. Sound amazing much?

Fast forward to five years later. Thomas is still passionate about the project but also learned some hard truths about the reality of farming in Switzerland. Manure continues to be a massive pollutant in the world but Thomas’s idea hasn’t yet taken off the way you’d think. While the technique works, biochar is a costly ingredient and most farmers struggle to make a living as it is. Furthermore, the current regulatory framework does not exactly provide fertile ground for this promising idea. A political solution could change that, but politics does not move unless there is pressure from either the general public or a passionate lobby.

Nevertheless, Thomas sees a growing awareness in Switzerland. His appearance at TEDxZurich meant his idea was had almost 75’000 views on Youtube alone. It also opened doors and taught him to speak to a non-specialist audience, which has helped him to prepare for other public appearances. On the basis of this increasing awareness, Thomas predicts that over the next ten years, incentives will be introduced that will make the use of biochar a viable option.

For the time being, however, he has set his own focus differently. While he has a new biochar project lined up in Mexico with a farm of 10’000 cattle, he has – after a full apprenticeship to become a farmer, an experience he describes as humbling – got involved in community-based farming.

Where traditional farms are dependent on market prices that in essence force them to adopt suboptimal practices, in community-based farming, the community supports the farm and in return benefits directly from produce that stems from a more holistic approach. At his farm in Germany, where 20-30 people are involved, they grow a multitude of vegetables, but also supply dairy, pigs, grain and beans to 400-500 people.

He has also since become a part of the speaker team at TEDxZurich, where he helps coach the speakers. ‘What I love about TEDx is the broad audience and how it’s all about giving to your audience. You really have to take your project and ego out of it and make it about the idea’, he explains.