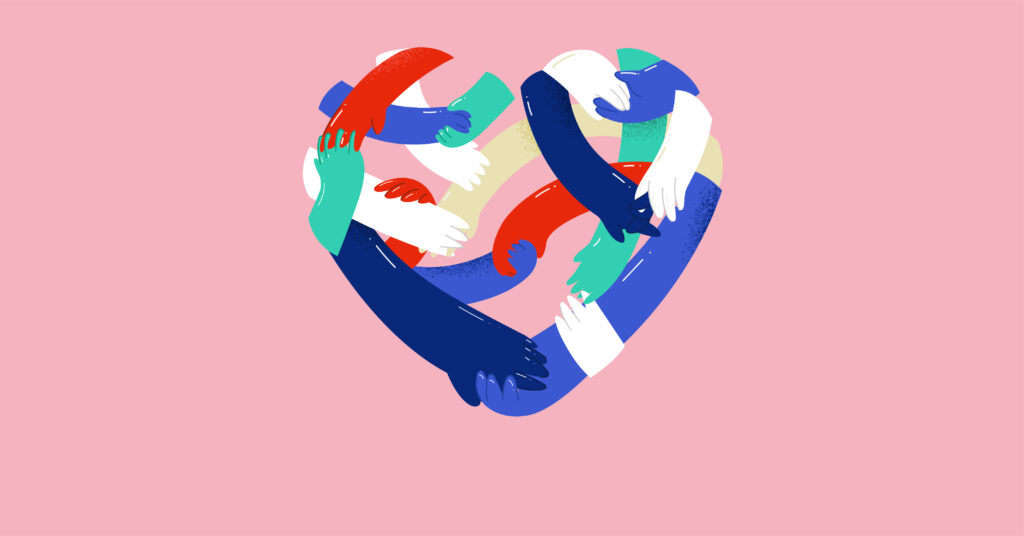 Anna Rosenwasser is a journalist, a writer, LGBTQ-Expert, a two-time TEDx speaker (TEDxHochschuleLuzern and TEDxFHNW), and many other things. I spent two engaging hours with a smart, witty, thoughtful and well read person. I left the conversation inspired and extremely hopeful.

Anna, please tell me, what got you into activism?

I came across Milchjugend, the LGBT youth organisation, while on a date. I discovered that meetings are open to everyone. Being a journalist, I tricked myself into going by telling myself very intensely: “I am a journalist, I can go there!”. Because of course that was the main reason why I wanted to go.

I was looking to find a place where I belonged and it was the first political group I encountered, where I felt that being me was good enough. I never had to question if I was gay enough. Before that, I did not see any queer activism, only gay and lesbian groups, and I belonged to neither of these two.

The organisation believes in not having to prove anything to anyone. They focus and pride themselves in their diversity. They believe there is no wrong way to be queer.

Can you share a moment which made you feel empowered of who you truly are?

I was very privileged when I was growing up, as my parents always supported my writing. I always considered it as my strength. In my first weekend camp at Milchjugend I was asked to lead a workshop. I also got feedback that people tend to feel comfortable and welcome around me. It was the first time I thought about this as a strength in general and especially as one of my strengths. Trying to make people welcome and make the queer community accessible in an emotional way became part of my activism.

What are your thoughts about boxes, labelling etc.?

We are programmed to belong to some kind of tribe and that’s not a bad thing. I am a huge fan of labels, as long as one chooses their own and does not actively exclude others.

Many of us, in the queer community, were often in situations where we were excluded, resulting in a strongly developed need to not be. Ironically, sometimes it makes us so anxious that we try to stay part of something by actively excluding other people.
In order to fix this, we need to show a lot of vulnerability, by admitting the longing to belong, while not having a place where we actually do. Being vulnerable is not something that we learn, we are taught to defend against it. We need to proactively un-learn this.

Anything you wish you didn’t have to explain to people?

There is this common misconception, because of homophobia and transphobia, that queer people are mentally sick because they are queer. Mental health issues and suicide rates of queer youth are statistically (at least 5x) higher compared to their non-queer peers.
People tend to think, it is because we are queer that we have these issues, instead of realising that these issues arise because of how we are treated. Switzerland is ranked only at the 22nd place, out of 49, on the rainbow map, which ranks European countries by law friendliness to queer communities. I wish I did not have to explain this every time. It’s very emotionally draining to even bring up the topic of suicide rates.

How can we shape a more diverse and inclusive society?

Proactively look for more diversity: for talks, panel discussions and events in order to raise awareness and create better representation.

Try your best and create a safe space for mistakes. While we are pushing to make language more inclusive, currently we either have super experts who seem to be doing it perfectly or people whose name is Heinz (unironically), who hate it from the bottom of their hearts. It leaves people who have the best intentions and not enough expertise in the minority, creating a lot of space for (self)-judgment.

Many people are holding back, when it comes to the topic of gender, due to the fear of making mistakes. My mom, for example, is an LGBT ally and recently used the word “tranny”. To me it was clear she said that with the best intentions, though. I can still correct her, but it is completely different from the time that people shouted it at my friend in the middle of the night.

If we can all acknowledge and appreciate positive intentions while making mistakes the problem would be solved.

Educate yourself: no matter the age, every person can make the decision to educate themselves. It is not too late for anyone to change. I do not accept the excuse of: “don’t listen to your great aunt, she’s old”, that also means that she had TIME to learn.

It is important to learn about queer issues from queer people. There are plenty of ways to inform oneself: reading, watching documentaries or youtube, having conversations etc. Get the information, instead of assuming you know everything. And of course defend queer people when someone around you says something problematic. Because they will listen to you more than to a queer person.

Use your privilege to defend people whether they are there or not.

What helps you going, when you feel down?

Having a utopia and surrounding yourself with friends to share it with helps. Additionally, the activism I do involves a lot of contact with people and individuals who express their gratitude very often and intensely and that is my battery recharger.

With this kind of activism you can see the small changes that mean the world to individuals. That is immensely helpful to keep going. It also gives life a bigger purpose and has helped me form amazing friendships. Witnessing the overall progress achieved through time is also an incredible source of power.
Hope combined with realism and the ability to be critical can be a great asset and keeps people going. As Bregman says “you can still be realistic and an optimist”.

For queer events I organize treffpunkte. We meet at HB and walk together, so that people who do not know anyone do not feel alone and intimidated. Recently, I organised it for a party held by Milchjugend for people aged 16 and over.

A person texted me asking if they could attend and I reassured them that they are very welcome and that now they already know me.

A few days after attending, I received a huge HANDWRITTEN letter, saying that it was the best night of their life. This was a few weeks ago and they are now very involved in the community and activism: it’s amazing to see.

This story shows that, as soon as one doesn’t have to prove anything to anyone and has easy access to a community, it can spark something magical in a person. 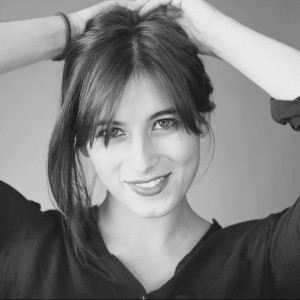 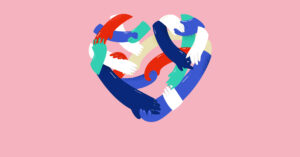